Faithful Silvanus, Behind the Scenes 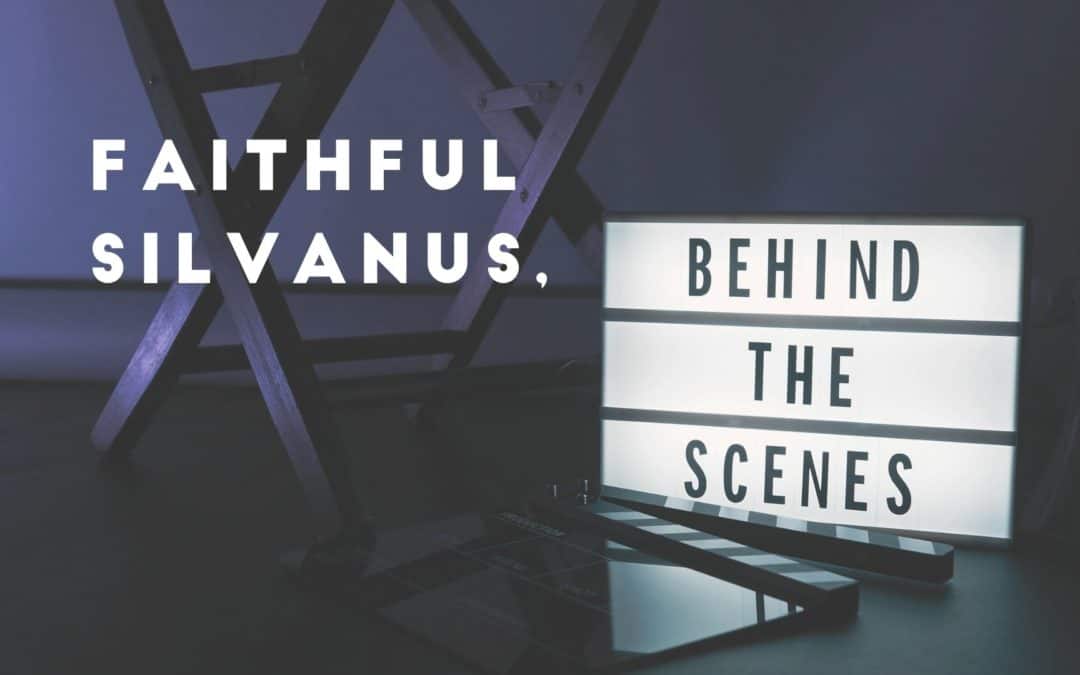 We began reading 1 Thessalonians this week in Woodlands in the Word, and the second word of the book jumped off the page: “Silvanus.” The letter is addressed to the church of the Thessalonians, from “Paul, Silvanus, and Timothy.”

The first and last names – Paul and Timothy – are well known, but who is this middle writer – this seemingly unknown author of Scripture, Silvanus – and what can he teach us about faithful service and a lifetime of godly pursuit?

The first thing to note is that most scholars agree that Silvanus goes by two names in the New Testament – his Latin name, Silvanus, and his Greek name, Silas. This is the same Silas listed in Acts 15-18, accompanying Paul on his third missionary journey with Timothy through Greece, stopping in Thessalonica (Acts 17:1-9), and after briefly being separated, meeting back up with Paul in Corinth (Acts 18:5), and finally, ostensibly, returning to Jerusalem.

In his Latin name, Silvanus actually shows up outside of Acts in four places in the New Testament – he’s listed as coauthor of both 1st and 2nd Thessalonians, and Paul mentions that he helped preach to the church in Corinth (2 Corinthians 1:19). But amazingly, Peter also mentions him, says that Silvanus was the courier for Peter’s letter in 1 Peter 5:12. He’s described by Peter as “a faithful brother.”

This places Silvanus actively serving alongside the pillars of the early church – traveling with Paul on his missionary journey to the Gentiles and serving alongside Peter in the Jewish church in Jerusalem. These two are the movers and shakers – Peter and Paul – the ones closest to Jesus and hand appointed to establish his early church.

And referenced as present, faithful, and active, but relatively unknown to history is Silvanus.

What can we take away from this faithful disciple of Jesus?

Silvanus is a wonderful reminder that God doesn’t ask us to be a world-changer; but that He might use us to do just that, regardless.

Perhaps an unhelpful trend in modern Evangelicalism is the idea that every person is expected to have a profound story of radical transformation, and then couple that with a very public and obvious ministry. “Do hard things!” the books say. “Do massive things for Jesus!” And yet from Scripture, all Silvanus did was say “yes,” when he was asked to serve. He said yes to the opportunities given to Him by God, faithfully and patiently, and in turn, God used him to impact and influence the world.

Serving alongside Peter and Paul, do you think Silvanus ever asked whether he was an effective or good enough minister of the gospel? It’s so easy to play the comparison game, and this plagues us today in the modern church. But ponder the compounding impact Silvanus has had over the past 2,000 years: his influence on Peter, Timothy, and Paul likely affected how they ministered. The seeds he planted have taken root and grown. The churches he strengthened grew. His name is throughout the pages of Scripture, which has been read by countless millions of followers of Christ throughout the history of the world.

Whatever impact Silvanus thought he might have had back in the early history of the church, it has only compounded, grown, and deepened! Imagine: a young man he led to Christ in Corinth might have led another, who then started a family, who then raised his children to be faithful disciples, whose grandkids might have planted a church in Spain, which in turn impacted hundreds, and so on and so on. Why? All because of Silvanus’ patient ministry and because God compounds impact over generations and lifetimes.

Silvanus would have a hard time wrapping his mind around how God has used his impact.

Our Vision of the Church is Probably Too Small

Finally, our vision of how God has worked, and what God has done in history, is likely far too small. If asked, we might be able to name a few early church apostles and founders – John, Peter, Paul – and maybe some names from throughout the history of the church – Augustine, Luther, maybe some recent scholars. But those names fall so far short of the vast expanse of faithful, gifted servants who have poured out their lives for God, and through whom God has powerfully moved and worked.

As we go to church, sing songs, listen to the Bible taught, and are allowed to bask in the beauty of God’s work in the world, we sit on the shoulders of a great testimony of saints from throughout the ages. We are not alone in our pursuit of God; we do it together with so many others.

As it says in Hebrews, “Since we are surrounded by such a great cloud of witnesses, let us run with perseverance” (Hebrews 12:1).

We’re reminded that Silvanus was faithful and trusted, but isn’t preserved in our memory as a spiritual giant in the early church. And yet his behind-the-scenes faithfulness is attested to in Scripture and leads us to think of the vast number of others – countless brothers and sisters throughout the ages – who God has used to build His Church.

By God’s grace, we will do the same!